Now, here we discuss the difference between Kaspersky Antivirus vs Internet Security. First of all, both software protects users from malicious programs by blocking them. Now, we going to discuss many similarities and dissimilarities between them both. Some points which we explain below are definition, Key Difference, Similarities, and then a conclusion. After that, we wish that you will solve all the queries related to Antivirus and Internet Security. Before we start, you have to know about Kaspersky which offers both facilities to its users. 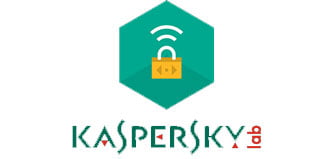 Kaspersky is a very huge brand which is existed for many years and regularly offers its massive services and protects more than 4 million users’ devices. Normally, people know Kaspersky very well and lots of users are satisfied with their services. We think that you will also be completely satisfied with Kaspersky after using its products. So, let’s discuss Kaspersky Antivirus VS Internet Security.

Kaspersky Antivirus is software that protects our computers and devices like smartphones, Mac, Tablets, etc. from malicious attacks and viruses. It can protect devices from every danger malware attacks, Trojan attacks, and many more from every angle. The best part of antivirus is it protects your device from all new viruses by an auto-update feature of Antivirus Software. After every update, it searches hard-disk and all external media for viruses, if any plugged after an update, and takes immediate action when any virus is found.

Kaspersky Internet Security is software that protects your device from viruses, phishing, spyware, email attachments, and spam. You can also get protection from cyber-attacks on your devices. Many services you get in Internet security such as firewalls, antivirus, parental control, email protection, and many other features are provided to protect your devices from online attacks. In addition, Kaspersky Internet Security is slightly more expensive than Kaspersky Antivirus as it is offered as a complete suite in which you will also find antivirus software for your device.

Kaspersky Antivirus and Kaspersky Internet Security both check the hard disk and external media for viruses and remove them if found.