Choosing a VPN from among the dozens of options available in the market can feel you overwhelmed. A person wants to use a VPN that can fulfill all expectations. Either it’s the security or features, a good VPN protects the data from prying eyes. By the end of this Hola VPN Ultra Review 2021, you will get to know whether it is worthy or not!

Hola VPN extension is one of those well-established names associated with the VPN industry that has over 200 million users from around the world. The browser extension has a score of 4.9/5 star rating.

Hola VPN works on P2P that means you are assigned to the IP address of some of the other user on the same network. Hola Ultra provides top security features and unblocks most of the geo-restricted content. Without slowing the speed the VPN is loaded with all the topmost features that the versions are limited with.

Is Hola VPN Safe To Use?

Hola VPN uses a P2P model where you will be assigned to the IP address of other users of the same VPN. It is a good VPN for unblocking the geo-restricted content of different locations. The VPN provides security to their user’s data in encrypted form. Hola VPN is good for beginners and people who want to use the VPN for not so confidential work. 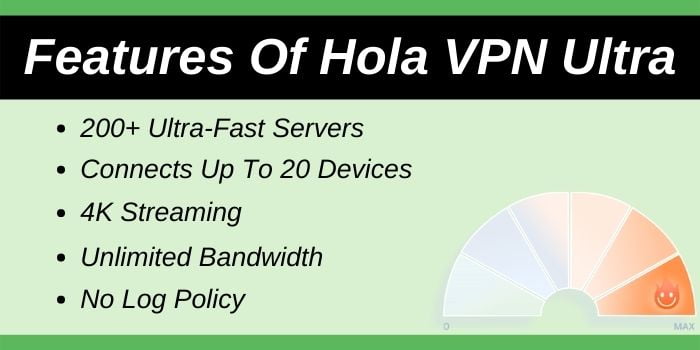 There are some of the amazing features of Hola Ultra VPN that are listed below, 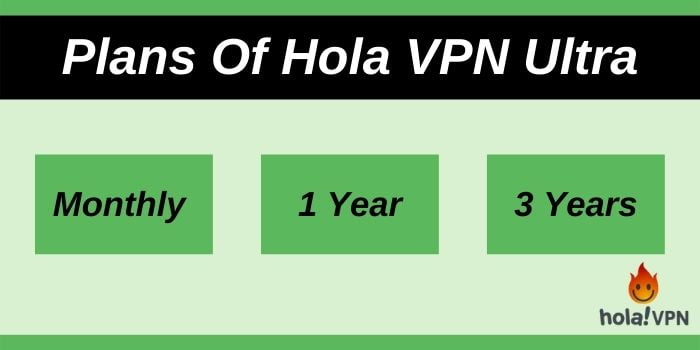 The VPN offers 3 types of plans to its users, these are:

All the 3 plans have the same features and come with a 30-day money-back guarantee. However, by using Hola VPN Coupon Code you can get a great deal on this version. 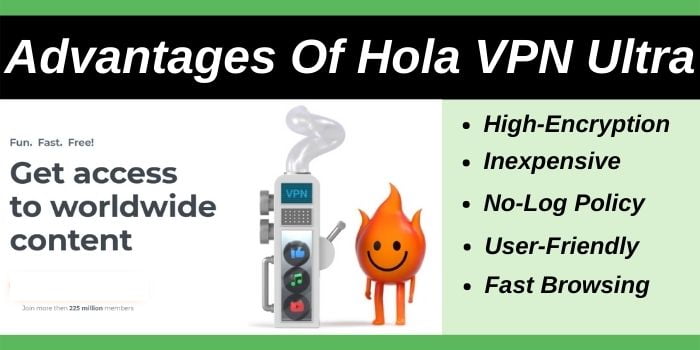 The main advantages of the Hola VPN Ultra version are as follows,

One of the main advantages of using this VPN is that it provides an encrypted tunnel. This will help to pass all the data in an encrypted form in AES-256 encryption.

Another advantage of using this VPN is that it provides a logging policy to its users. This ensures the users that the data is safe and no information will be pass or logged by the VPN provider.

By connecting to the servers the VPN does not slow down in speed. It offers great speed while browsing any geo-restricted content.

Hola VPN is one of the cheapest VPN as compared to other VPNs in the industry. One can easily afford the VPN without having the burden on the pocket.

It is very easy to use with its simple and easy-to-use interface and this is one of another advantage.

Despite being good there are some of the cons of this VPN that are mentioned below.

Hola VPN works on a P2P model that means you are just assigning someone else’s IP address having the same network. This disadvantage of Hola VPN is a major drawback to some users with privacy concerns.

Hola VPN is good at unblocking geo-restricted content. However, sometimes it doesn’t connect to some of the Netflix servers.

Another major disadvantage of using this VPN is that it causes trouble while connecting to different devices. Although there is a full range of supportable devices some of these devices are not supportable in actuality.

Hola Ultra is the topmost version and is one of the fastest VPN and is very useful for unblocking geo-restricted content.

For some of the users, the VPN can be a drawback factor in security as the VPN works on the Peer-to-Peer model. However, it is one of the best VPN for regional blocks in the United States. With 30-day money-back guarantee you can enjoy the Hola VPN Ultra meaning that you can try all the features for a month before committing to the long term.

With lots of amazing features, the Hola VPN Ultra is good for those users who are looking for a cheap and affordable VPN. 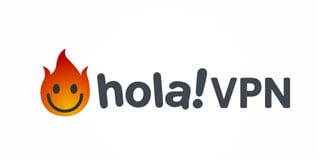